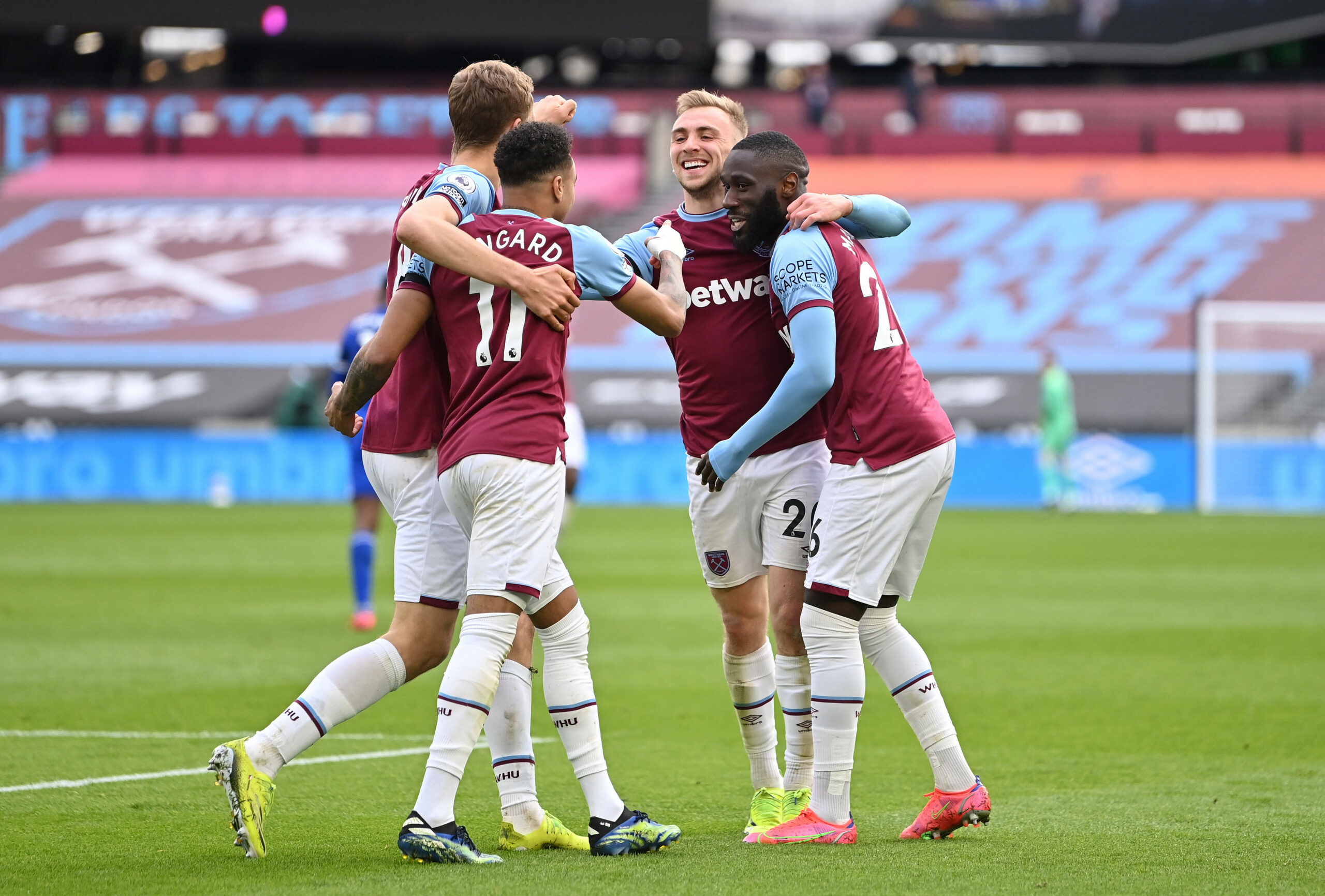 With nothing to separate the sides ahead of the kick-off, fifth-placed West Ham United take on fourth-placed Chelsea in their Premier League top-four six-pointer at the London Stadium on Saturday. You can watch this and other live football on tv this weekend via Sky Sports and BT Sports.

Champions League football is at stake, as the sides take the field level on points and only two clear of closest chasers Tottenham and Liverpool.

Following a 3-0 thumping at Stamford Bridge in the reverse fixture back in December, Chelsea are looking to complete their first Premier League double over West Ham since 2014/15.

Unbeaten in their last five home Premier League matches (W4, D1), the Hammers go into this encounter on the back of a 3-2 away defeat to Newcastle United.

During the abovementioned five-game unbeaten home run in the Premier League, the Londoners scored an average of 2.66 goals per match, netting 2+ first-half goals in the last three.

Interestingly, each of West Ham’s last three Premier League fixtures has yielded the identical 3-2 scoreline (W2, L1), with each of them seeing the victor win the first half by a two-goal margin.

Before losing to the Magpies, David Moyes’ men had established a three-goal first-half cushion in three consecutive league outings, going on to concede at least twice without reply on each occasion (W2, D1).

West Ham have avoided defeat in each of their last five top-flight London derbies (W3, D2), last having a longer undefeated streak in such contests in 2006 (six games then).

Held to a frustrating goalless home draw to Brighton & Hove Albion on Tuesday, the Blues have now drawn a blank in two of their last four Premier League matches (W1, D2, L1).

Furthermore, the visitors have failed to outscore West Ham in their last three Premier League meetings away from home (D1, L2), struggling to find the net twice in that spread of clashes.

By contrast, Chelsea have yet to lose a competitive away fixture under the stewardship of Thomas Tuchel, notably registering six shutouts in nine road trips with the German at the helm (W7, D2).

If he manages to avoid defeat at the London Stadium, Tuchel will become the first Blues manager to remain unbeaten in his first ten away games in the dugout.

To boost their chances of winning, the west London outfit will have to open the scoring, considering their 100% winless rate in away Premier League matches in which they conceded first this term (D2, L3).