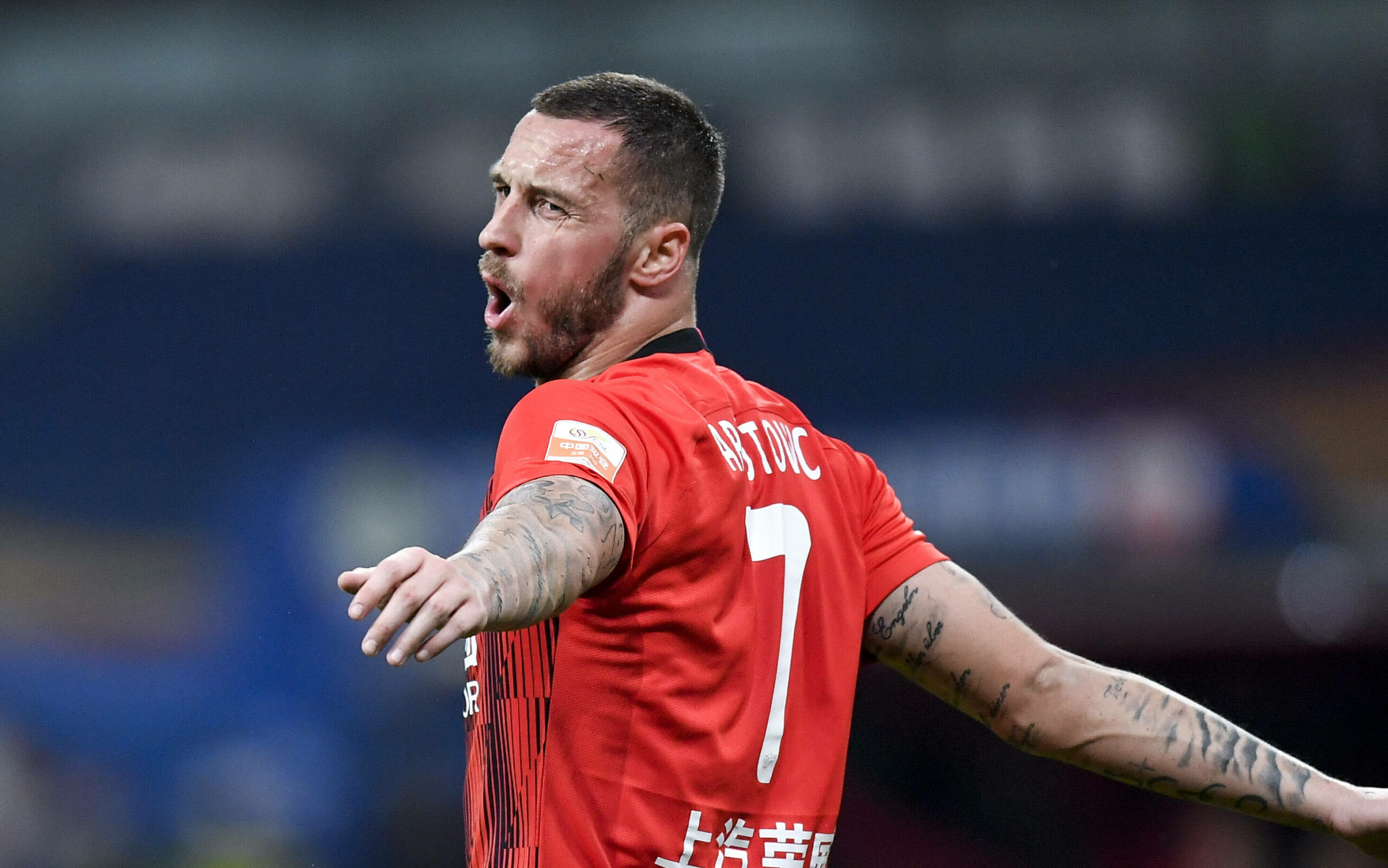 West Ham United are seriously entertaining the idea of bringing Marko Arnautovic back to Europe in the upcoming transfer window, according to l Resto del Carlino.

The Austria international left the London Stadium to link up with the Chinese Super League outfit Shanghai Port in summer 2019 for a fee of £22.4million.

Arnautovic was so determined to leave West Ham for a lucrative contract in Asia that he forced the club chiefs to sanction the move against their will.

During his two-year stint in east London, the 32-year-old accrued 22 goals from 65 matches in all competitions, having arrived from Stoke City in a club-record £25m deal.

His predatory instincts have come to life in China, as Arnautovic racked up 20 goals in 36 outings for Shanghai en route to establishing himself as one of the league’s most prolific forwards.

However, the former Werder Bremen hitman is seeking a way out following the Chinese Super League’s decision to introduce a salary cap.

The new regulations will see foreign player’s annual wages limited to £2.7m starting next season, which has already prompted an exodus.

Arnautovic now believes he would be better off in Europe, with Bologna already laying the groundwork for his comeback to the Old Continent.

After informing chairman Joey Saputo of his desire to land a high-profile striker in the summer, Sinisa Mihajlovic has instructed his recruitment team to get in touch with the player’s representatives.

Per the Italian source, a €3m-a-year offer is on the table as Bologna hope to outmaneuver the competition heading into the summer transfer window.

However, David Moyes is planning to hijack the deal in a bid to reinforce his attacking department at the end of the season.

After failing to find a replacement for Sebastian Haller, who left for Ajax in January, the English manager is keen to sign an out-and-out striker to bolster West Ham’s top-four hopes next season.

The Hammers’ fellow Premier League rivals Crystal Palace are also in the mix, but they need to sort out Christian Benteke’s situation first.