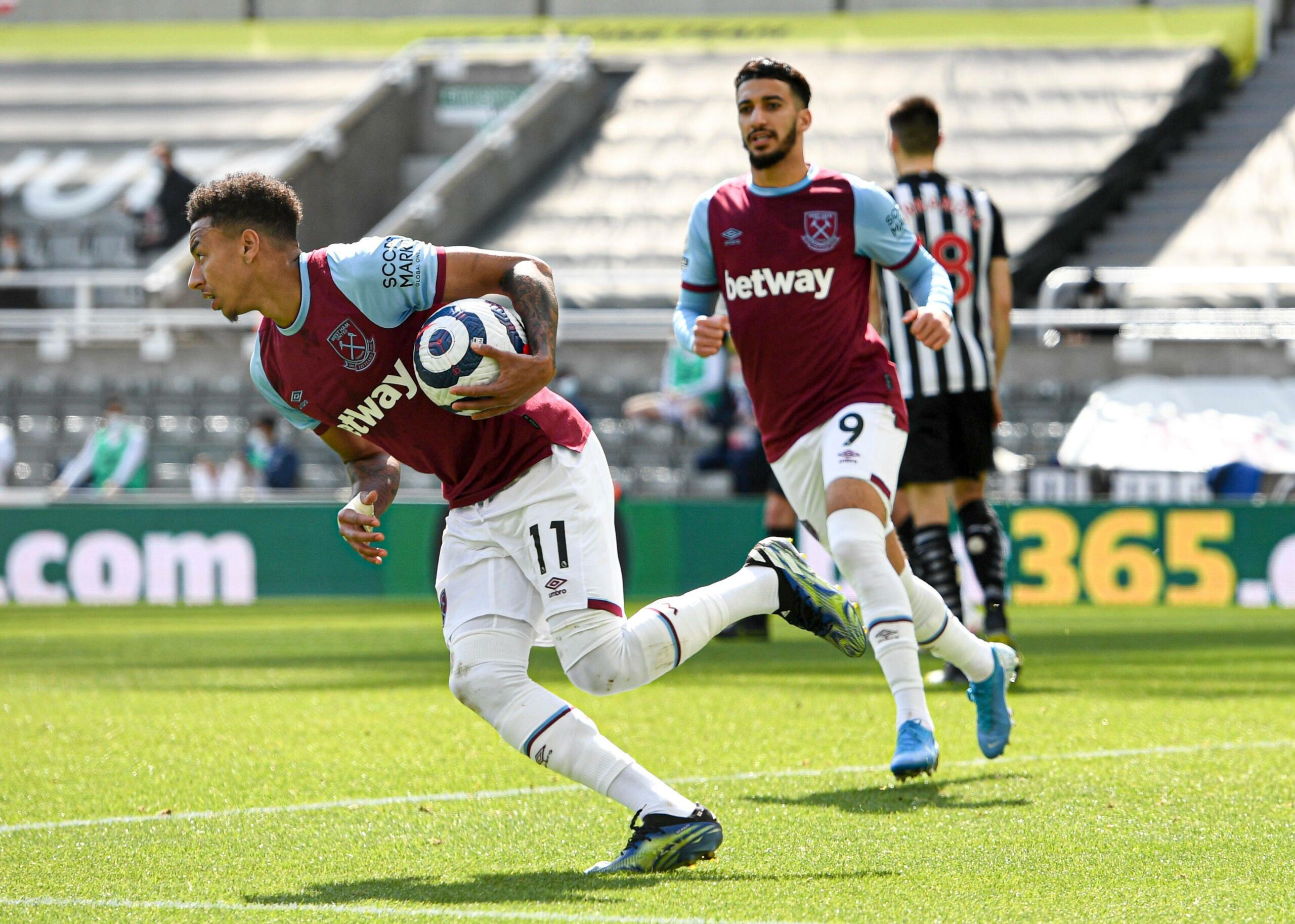 West Ham United succumbed to a 3-2 loss to Newcastle United at St. James’ Park in a five-goal Premier League epic on Saturday afternoon.

Despite lacking the likes of Declan Rice, Aaron Cresswell and Michail Antonio, the Hammers tried to impose themselves in the game from the start.

Craig Dawson had the first chance of the game, but his well-struck header was comfortably thwarted by Martin Dubravka.

Newcastle tried to respond swiftly through Allan Saint-Maximin, whose low-driven effort from just outside the box posed no threat to Lukasz Fabianski.

It was a frantic opening 30 minutes of play, with both sides trying to orchestrate something special but to no avail.

Yet, the Magpies made the breakthrough in the wake of the hour mark on the back of Dawson’s epic blunder.

The experienced centre-back surrendered possession to Saint-Maximin in the centre circle, with the Newcastle winger using his pace to break one-on-one with the keeper and force Issa Diop’s own goal.

Dawson, who picked up his second yellow card of the game in the process, had to leave the pitch, with an hour of football left to play.

Steve Bruce’s side wasted no time seeking their second, with Fabianski spilling the ball right to Joelinton’s foot on the stroke of half-time to put his side in an almost impossible situation.

A man down and two goals behind, David Moyes’ men fought tooth and nail to find their way back into the match.

After scoring a misfortune own-goal, Diop got on the scoresheet on the other end to pull one back for the Londoners following Jarrod Bowen’s delightful delivery.

West Ham continued to pile pressure on Newcastle’s backline and their efforts were rewarded in the 80th minute as Ciaran Clark’s handball sent Jesse Lingard to the spot.

The resurgent Manchester United loanee smashed the ball off the right post and into the net to level the score and announce what would have been a remarkable comeback.

However, Arsenal loanee Joseph Willock restored Newcastle’s lead three minutes before the final whistle to secure all-important three points for the home side.

A disappointing defeat saw West Ham squander a huge opportunity to put more ground between themselves and fifth-placed Chelsea.

Meanwhile, the Magpies are now nine points clear of 18th-placed Fulham and have real chances of avoiding relegation.