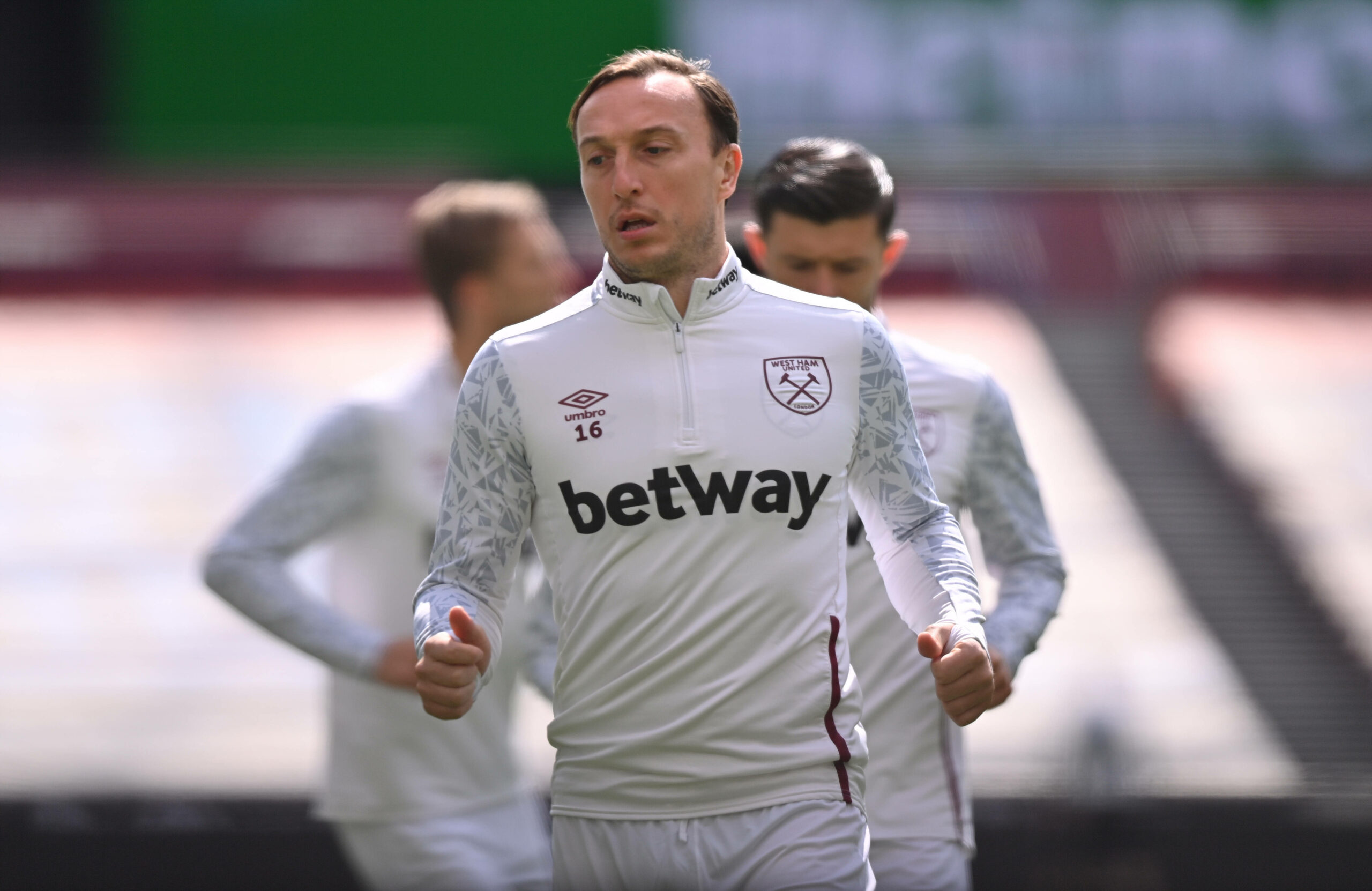 Mark Noble has recovered in time to lead his West Ham United side at St James’ Park in Saturday’s Premier League fixture against Newcastle United.

The Hammers skipper had to leave the pitch in his team’s 3-2 home victory over Leicester City last weekend due to an arm injury.

Fortunately for David Moyes, he will have the experienced midfielder at his disposal for Saturday’s trip to Tyneside as West Ham look to solidify their position in the Premier League top-four run-in.

Ahead of the kick-off, the Londoners hold a narrow one-point lead on fifth-placed Chelsea and can ill-afford to drop points against relegation-fighters Newcastle.

Despite sitting six points above the drop zone, the Magpies have welcomed some significant first-team players back from injuries recently.

Only last weekend, Steve Bruce’s men staged a sensational second-half comeback to beat Burnley 2-1 at Turf Moor and are now looking to claim back-to-back Premier League wins for the first time in 2021.

Meanwhile, West Ham have taken a 3-0 lead in each of their last three top-flight outings, going on to win twice, as they seek only their fifth league double over Newcastle.

After overcoming a minor arm fracture, Noble will be in contention for the Irons’ visit to St James’ Park as he expects a ‘tough game.’

“Listen, it is going to be a tough game. They are fighting for their lives and we are obviously fighting for a different sort of achievement. Newcastle are a good side,” he told West Ham’s official website.

“They are well organised and they have got some good players. So it will be another tough assignment. They all are, to be fair.”

With Leicester engaged in the FA Cup semi-finals, West Ham could move up to third with a win at Newcastle.

Noble reflected on the prospect of captaining his side to such a high position in the standings.

“I did not even think of that and, to be honest, that is not even in my mind at all. I will just be telling the boys to go out there and carry on doing what we have been doing and trying to get a result.

“We have had a couple of great results. We have just got to try and enjoy it. No one in their wildest dreams would have thought we would be fighting for the Champions League with seven games to go.

“It is going to be tough because we have got some big clubs around us. If you look at the table we have got Chelsea, Liverpool and Spurs just behind us, so we have just got to keep winning and trying our best.”