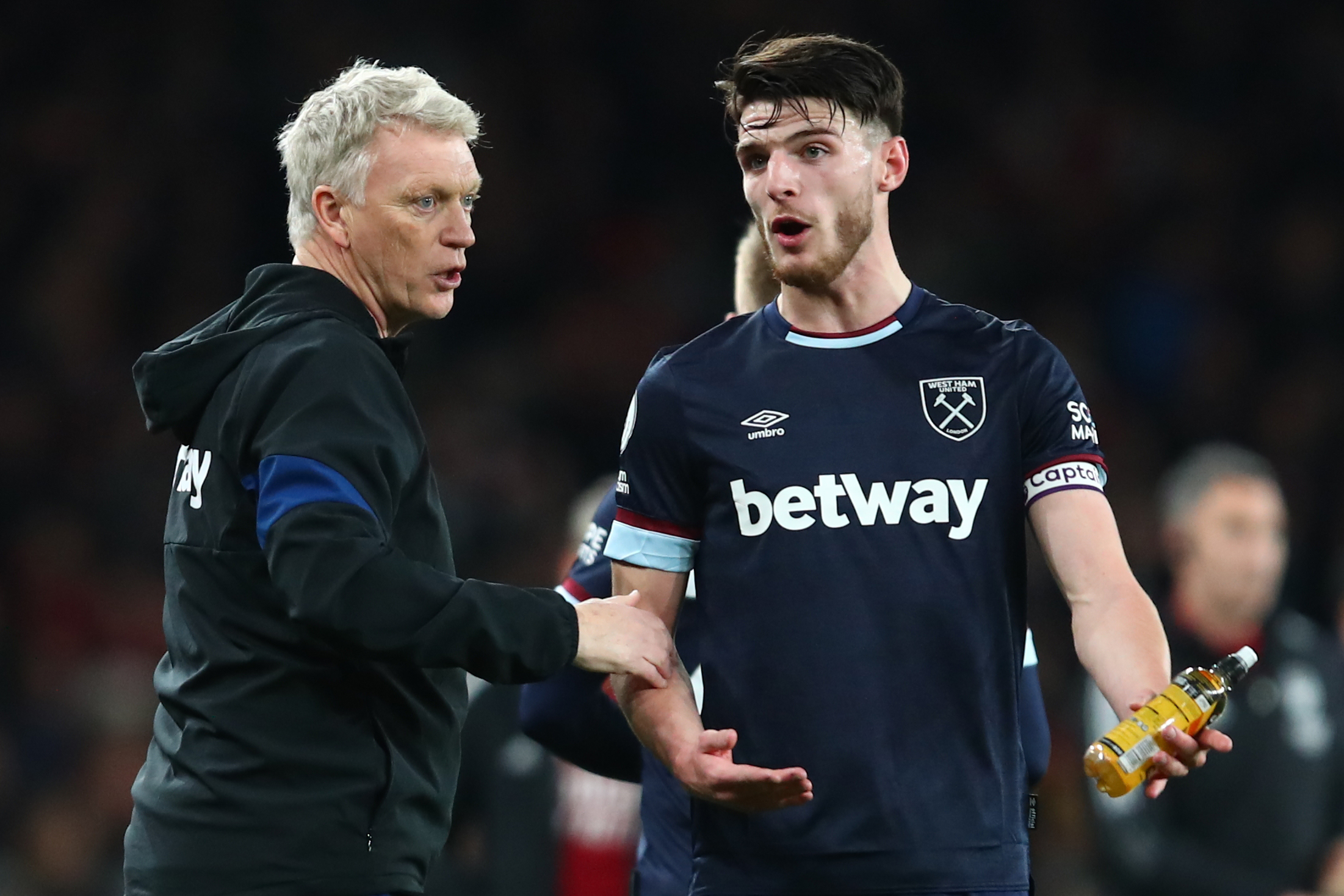 West Ham United boss David Moyes has urged standout midfielder Declan Rice to stay on an upwards spiral after ‘stepping up’ for the club this season.

The Hammers came from a goal down to dismantle Watford 4-1 in their final Premier League fixture of 2021 without their star playmaker.

With only four points separating the sides heading into the New Year, Moyes’ men remain firmly in contention for their first-ever top-four finish in England’s top-flight.

Speaking of his side’s ambitions ahead of West Ham’s trip to Selhurst Park to meet Crystal Palace in an all-London New Year Day’s fixture, the 58-year-old heaped praise on Rice.

“I want him to keep driving on. I want Declan to realise he can keep stepping up. He has stepped up again,” he said, as relayed by BBC Sport.

Declan Rice – A star in the making

With all due respect to Michail Antonio’s scoring exploits, the 22-year-old has developed into West Ham’s headline performer this season.

Despite his young age, Rice is already one of the most established midfielders in the Premier League, with his game continuing to evolve match after match.

After playing a prominent role in England’s runners-up finish at Euro 2020, the deep-lying playmaker was subjected to wild transfer speculations throughout the summer.

From his boyhood club Chelsea to free-spending Manchester United, every top Premier League side emerged as a potential suitor for the West Ham talisman before the beginning of the season.

But unlike Tottenham’s Harry Kane, who has struggled to cope with the media fanfare after his failed move to Manchester City, Rice has risen to the occasion this season.

Instead of letting the media mess with his head, the sought-after Englishman has soaked up the hype, turning into an absolute beast for West Ham this term.

Before skipping the Hammers’ 4-1 victory at Watford last time out, he had not missed a single minute of top-flight football in 2021/22, racking up a goal and three assists from 18 Premier League appearances.

Rice’s defensive skills and the ability to distribute the ball across the pitch with purpose and pinpoint precision have earned him the status of the most exciting midfield prospect in European football.

However, the youngster has discovered another hidden talent in the Europa League this season.

After Moyes gave him the freedom to move into the channels and fire from range, Rice scored in his inaugural two European outings.

He first sealed West Ham’s 2-0 victory over Dinamo Zagreb in their Europa League Group H curtain-raiser before breaking the deadlock in another clear-cut win over Rapid Vienna on Matchday 2.

Rice admitted he is enjoying his new role under Moyes in the aftermath.

“It was funny – when I knew I was playing with Nobes tonight, I said to him I’m going to try and bomb on a little bit tonight, and I told him I’d score!” he told West Ham’s official website.

“When the opportunity came, I saw there was a bit of space to run into as the play built up. If you don’t make the runs, you’re not getting to get a chance and to score again is a really nice feeling. I wish it could be every week!”

Given Rice’s form trajectory, only sky is the limit for this exceptional young lad.

Whether or not West Ham would be able to keep hold of their prized possession in the future is another story.