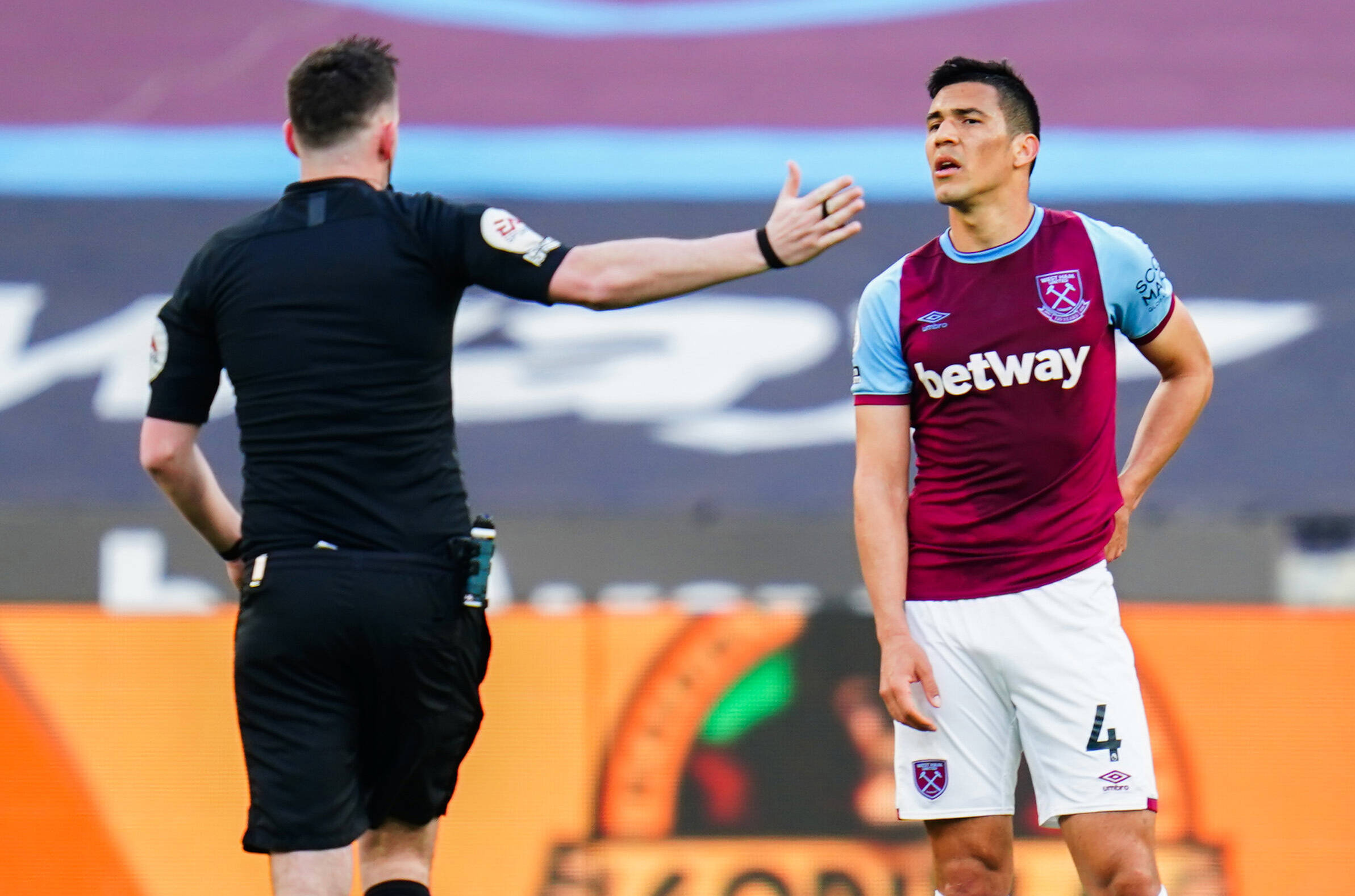 David Moyes throws harsh words on referee Chris Kavanagh for his decision to send off Fabian Balbuena in West Ham’s 1-0 loss to Chelsea.

Things could have been different if the home side managed to finish the game with all 11 players on the pitch.

However, Kavanagh made sure to reduce Moyes’ team to ten in the 81st minute by giving Balbuena the marching orders.

West Ham trailed Chelsea’s narrow lead when the referee decided to hand Balbuena a straight red after a reckless challenge on Ben Chilwell.

Despite getting the ball first and subsequently catching Chilwell’s leg, the 29-year-old had to exit the field prematurely.

An intervention from the VAR room urged Kavanagh to take a closer look at the side-pitch monitor, which eventually resulted in the centre-back’s expulsion.

Infuriated by the referee’s call, Moyes lashed out at Kavanagh in the post-match interview, barely choosing his words.

“I can only say it is someone who has never played the game that has made the decision,” the English manager said, as quoted by BBC Sport.

“For me, the big thing is it is a really rank, rotten decision, and it should not be given.

“Where is he meant to put his foot? There was a similar incident with Vladimir Coufal on Antonio Rudiger.

“That would have at least merited a yellow if the first one was a red. I think we have had a day where the refereeing has been really poor.”

The result struck a devastating blow on West Ham’s hopes of ensuring a top-four finish as they now sit three points adrift of fourth-placed Chelsea.

With only five Premier League fixtures left to go, the Londoners face a daunting task to climb up the ladder and secure Champions League football for next season.